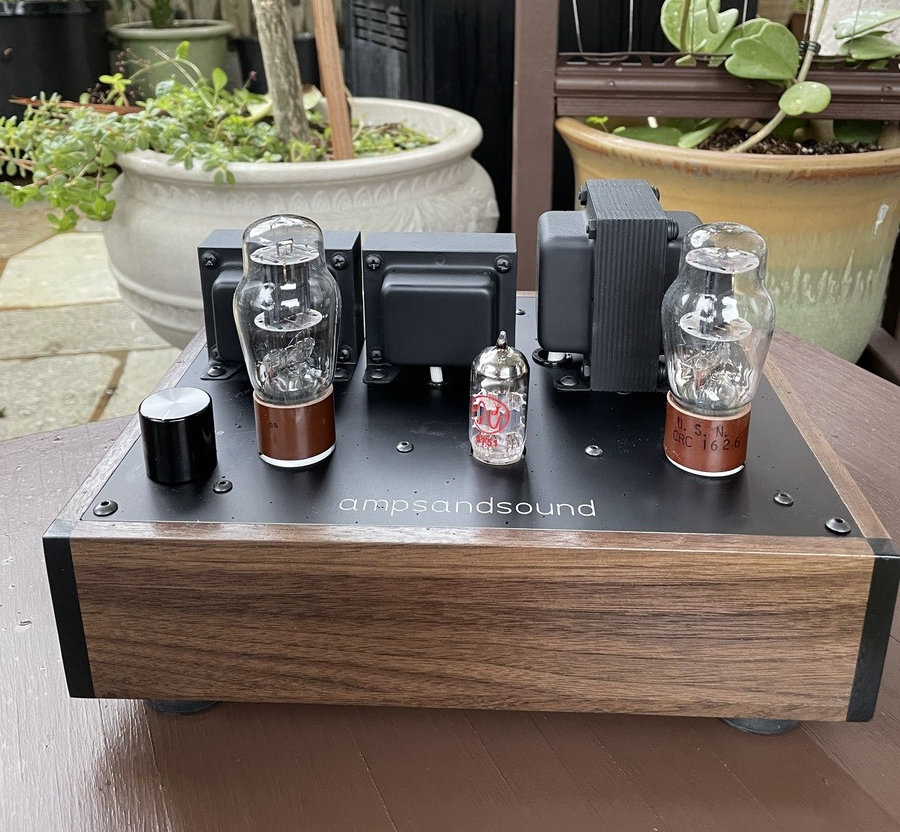 I first became interested in ampsandsound in 2017 when I was primarily listening with Feliks Audio Euforia Mk I and Yulong D18 + A18 combo. I came across a thread on superbestaudiofriends.org about how the ampsandsound Kenzie stacked up against the Euforia.

On September 26, 2021, I got the opportunity to attend my first audio meet at CanJam SoCal 2021 to try out products from many different manufacturers. I was enamored with the ampsandsound Kenzie OG Rev 2 and the Dan Clark Audio Aeon Noire 2; so much so, that I decided that the Kenzie OG Rev 2 was going to be my next purchase.

Thinking back on this experience, my decision to buy was incomplete and not all the way thought out; I remember the combination being dark, very intimate, and full-sounding. At the time, I had attributed the sonic qualities I experienced to the Kenzie + Noire 2 Combo, whereas, now, I believe it was more of the baseline signature of the Aeon Noire 2, backed up by the signature of the Kenzie. The decision to buy the Kenzie was therefore ill-conceived as I was finding "the next" amplifier, and the rest is history. 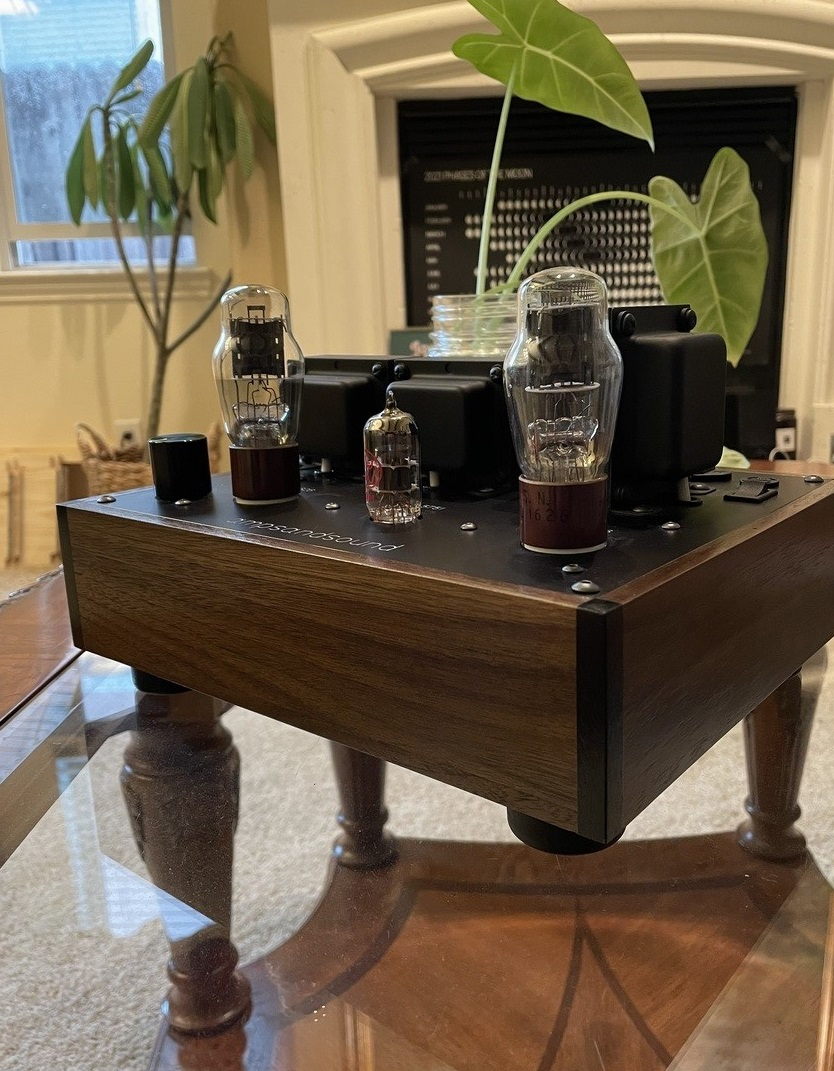 The Kenzie is punchy and has cleanliness in the sound that is otherworldly, and with the extension of the notes, you get a representation of music that is incredibly solid. You’ll miss some of the airiness that allows the notes to spark and pop in the Euforia, but with the thorough control in the ranges of notes, which leads to a well-handled, well-rounded, and fuller expression, the Kenzie wins with a more robust and cohesive sound.

The sound may be subjectively more “euphoric” with the Euforia; the notes are more dynamically spaced, with a unique sense of air, and thereby arguably gives more “character” as the notes are etching the scene of songs. The extension and sense of stage seem better on the Euforia. If you’re in a longing, decay/extension-chasing mood, the Euforia may satiate you more. The Euforia is a fun, neutral amp that has great detail, and the Kenzie may be a good complement; intimacy levels between amps are noticeable though, each with its flavor, with Kenzie, again, being the more mature and full representation.

They are both wonderful amps. Because the Euforia is a more neutral signature, it sounds purer and may render complexity more elegantly.

The Kenzie is a warmer signature when compared to the Euforia, but by no means less full. The Kenzie has a more well-rounded expression in the notes than the Euforia, whereas the Euforia sounds more layered when present in the recording. The Euforia can have you chasing the notes in more complex recordings; however, what is missing is that sense of urgency or impact – it’s more laid back, which may in turn add to how good it sounds. 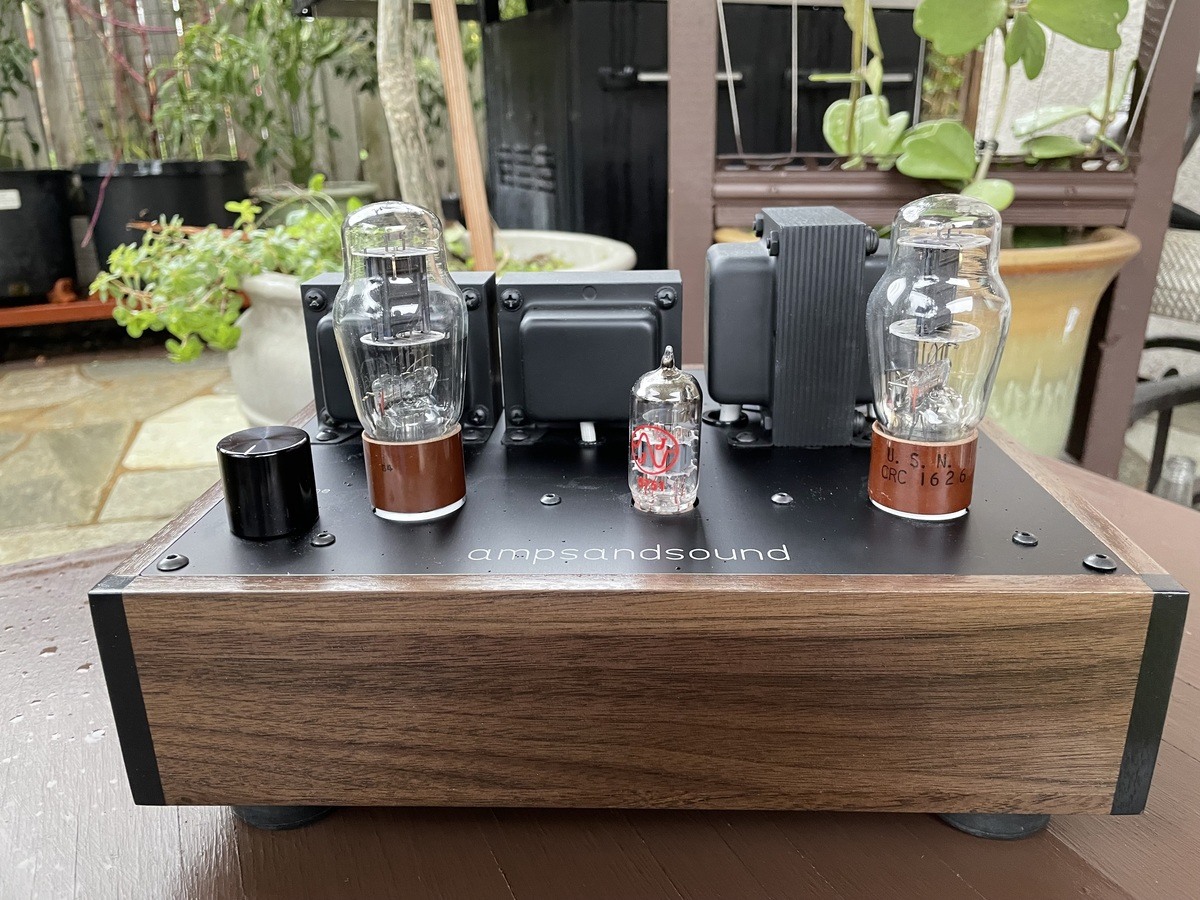 If I had to choose between the Euforia Mk I with the Kenzie, I would choose the Kenzie because it establishes a baseline of a sound signature and never strays from its reign of control throughout the ranges, powering any headphone I’ve plugged into it. The Kenzie has a more well-rounded, more defined, cleaner, and more engaging signature instead of the more picturesquely woven presentation of the Euforia Mk I. A Euforia Mk 2 or Euforia Anniversary may be a better comparison between the amps.

The Euforia Mk I is special because, by the notes' extension and imaging, the result is a grandness in the sound. The stage is open and unique, in that, it is not defined, and consequently, the extension makes the sound elegant, full, and resolving. The open stage and extension of the notes make it feel like you're being treated to every nuance with more dynamism.

The Kenzie has more impact and clarity in the notes than the Euforia Mk I, and the result can feel like a more life-like experience. It’s obvious in the way you hear the notes through your headphones; the power that flows from the Kenzie is apparent by the unique physicality in the notes that surprises you while engaging you at the same time. The Kenzie can render complexity with the ability to go deep in the ranges with finesse, consistent energy, and clarity.

I remember having that same sense of appreciation the first time I plugged into the Kenzie as I do when I am listening to it now, and have grown big respect for what the Kenzie brings to my stable. As a whole, it produces a representation of sound that allows me to thoroughly enjoy music without feeling like I’m missing technicality, nuance, musicality, and power to back it up as the volume pot turns up. It's not that other amplifiers don't achieve this; at times, I noticed that depending on the headphone and amplifier, the clarity could lessen.

A unique thing about the ampsandsound Kenzie is that it has outputs for both Low Z (30-ohm impedance) and (300-ohm impedance) High Z headphones. This allows you to match impedances for the variety of headphones that exists. This holds an advantage over amplifiers that may not have this technology, as from my experience, matching impedance typically brings about a more wide sound with more life in the notes.

The Sennheiser HD650 is the first set of Hi-Fi headphones I’ve owned, and to me, it represents a starting point that offers a beginner-friendly, warmer, well-rounded, and not to mention, scalable sound. The Kenzie + HD650 combination produces a very cohesive, large, and deep sound that is incredibly intricate, elegant and resolving to me. The Kenzie not only adequately powers the headphones I have; it also gives a sense of life and power as expressed in the notes.

I have very satisfying listening sessions with the Kenzie, and if I hadn’t been introduced to other amplifiers more acutely resolving of complexity, such as the ampsandsound Agartha, I would have considered the Kenzie the best amplifier I’ve ever listened to. It handles notes, nuance, and space with a signature that is markedly pure.

As someone who owns the ampsandsound Agartha, the sound becomes relaxed and truly resolving. The defining characteristic of the Agartha is, coupled with the large soundstage and even-imaging, the fully shaped, defined, and quality of notes produced make the presentation incisively deep. It's an open live-venue-like experience that is full and resolving.

I wholeheartedly believe the Kenzie is an end-game amplifier. At this point in my journey and having experience with higher-priced amplifiers; I could say that I could be content with the Kenzie alone to power my lower and higher impedance headphones. I think it could be an interesting thing to give the Kenzie more power to handle inefficient headphones like the HiFiMan HE6SE V2. 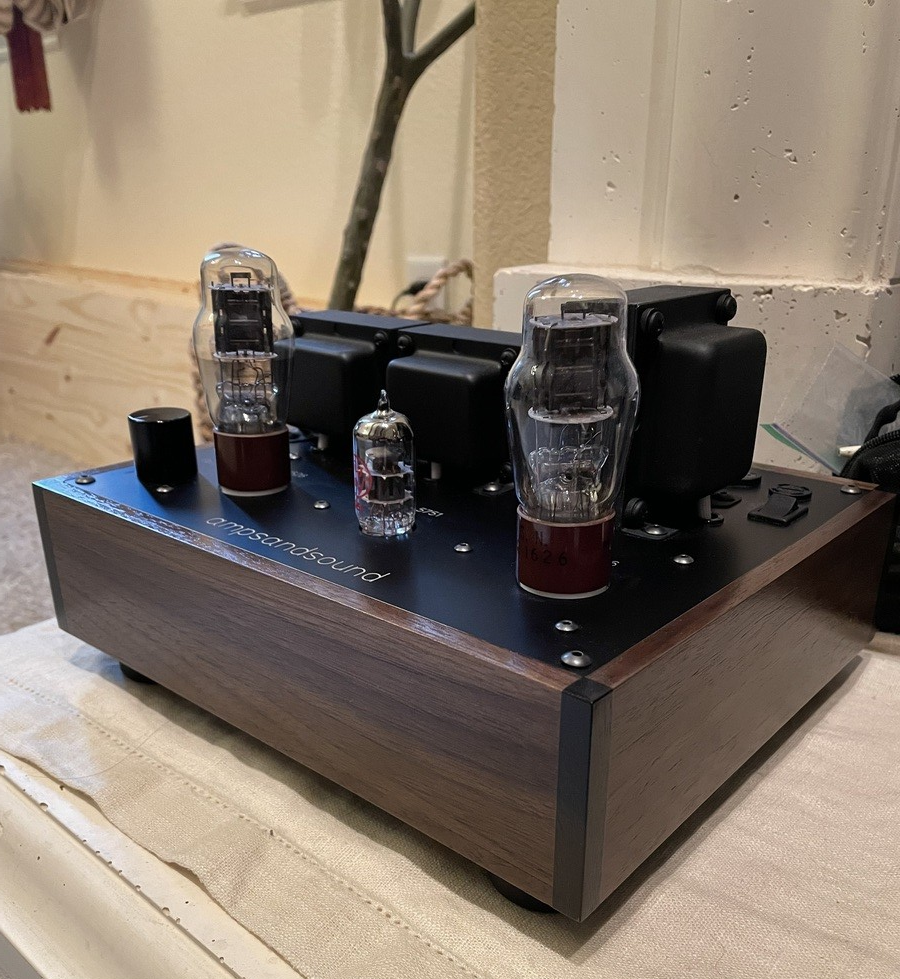 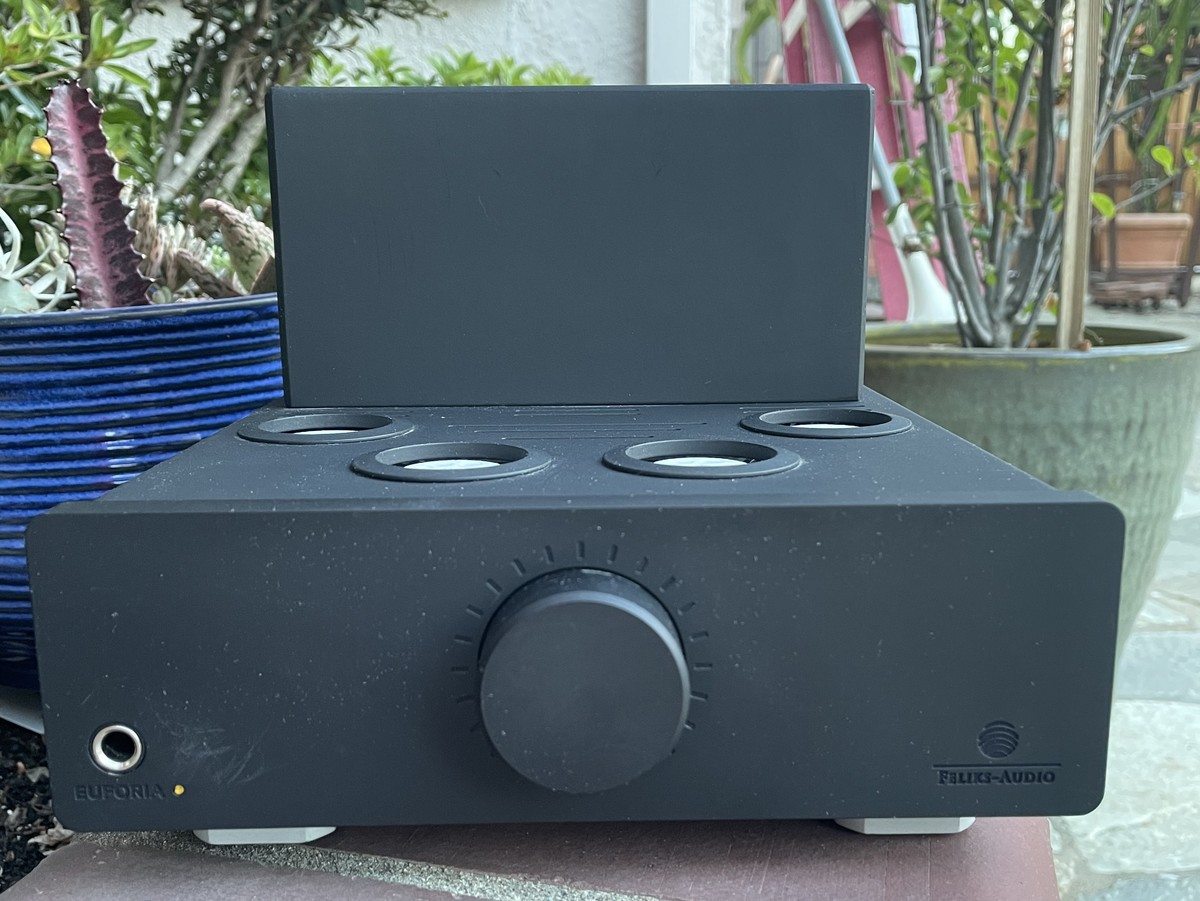